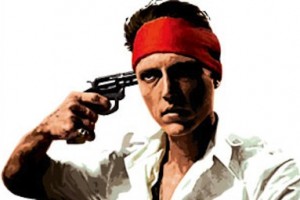 Of all the statements I heard about depression, the dumbest ones came out of my own mouth. Yet, overtime I had to soften up: most of my family suffers from depression and I was diagnosed with it too, so I had to be more understanding. It was not a choice.

Today I can confidently say it’s a bigger issue than I thought, an insidious process, discreet and hard to diagnose (most depressed people aren’t treated).  Depression won’t say its name, and when it finally does, the damage is already done.

Having depression doesn’t mean you’re lazy or self complacent, weak or crazy, it only means you need to seek professional help, because you’re not going to get away with a bit of self-affirmation or mindfulness thingy.

It might hurt your pride once you find out the truth about your condition, but let’s face it: you need to know your enemy, so you can also stop blaming yourself for feeling terrible.

Here’s a list of 10 damaging ideas to get rid of if you wake up with a black dog curled up on your lap.

1 – Depression is a first world problem, if I was starving in the Nigerian desert I wouldn’t have time for that kind of bullshit

Look at these African kids running naked after an old chicken, do they look depressed to you?

And that Tibetan grandma’, with her smashed glasses and her toothless smile, she doesn’t have a Netflix account, yet what a deep sense of contentment shines through her wrinkled face!

I’d be surprised if you haven’t already heard that kind of platitudes, poor countries are supposed to be happier, and developed ones miserable just because they have nothing else to do than pitying their overfed white asses.

India has the highest depression rank, and I suspect if we don’t have more alarming statistics from third world countries, it’s just because they don’t have any health care system to make a fair assessment.

Depression is not a luxury reserved to those who own two credit cards, it’s a disease.  It means you can live in a shack, be illiterate, work for slave wages 18 hours a day and still be depressed. Duh.

2 – I’m depressed because I’m a negative person. I should think positive from now

How about that instead: you get negative because you’re depressed. In any case, taking responsibility for your state won’t help.

Now, don’t get me wrong, I don’t think there’s anything fishy about positive thinking, except this: if you fail at it, you could believe that something is wrong with you, that you’re not trying hard enough. Give yourself a break: having a more optimistic outlook starts with self-acceptance, not hating your own guts for being so “negative”.

Positive thinking might alleviate depression, but it takes patience and kindness to gear your mind toward another mental pattern, rushing is counter productive.

3 – I’m depressed because I think too much

Depression makes you ruminate, and your brain becomes this overheated processor full of crap colliding at light speed. Now once again, you’re invited to take it one step at a time. Yes, you might think too much, but it seems that a lot of smart people battle with anxiety. Would you rather be dumb?

It’s too late, anyway, you’re already thinking, and that’s a good thing, learn to befriend that active mind of yours through meditation.

4 – If I say that I have depression, the whole world will despise me: better show a 64 teeth smile

It’s true in the professional world, where you’re better off hiding your struggles, but I believe friends should know about our them. I chose to fire away and tell them about my depression, most of them stayed, they’re friend. Those who left simply weren’t. It takes guts to come out of the closet, I’m sure you know that, but doing so helps both yourself and those around you, if they have the same problem.

No, it’s actually the opposite, it takes a mutant soldier to carry on with life when you have depression, every step forward feels like you’re dragging four thousand pounds of Rhinoceros ham behind you. Once again, you’re not depressed because you’re weak, but depression weakens you for sure: get help, don’t wait.

6 – When depressed, It’s safer to disappear from the surface of the earth and stay in bed until I feel better

Sure. There’s a distant member of my family who lived in the far countryside of France. One day, she decided not to get out of bed. And she didn’t, for thirty years, until she died.

I met her once when I was a kid, her face was badly deformed and she was nearly blind, talking about a horror movie, it reminded me of an episode of the Twilight Zone.

Staying in bed to avoid pain makes you weird overtime, just like socializing compulsively. There’s a discomfort to mingling with others when you feel like a sack of dirt, but it’s healthier than playing possum.

Yes, in some cases depression can suck the life out of you, but in many others, you’ll be working and playing harder than a lab rat after a large injection of Amyl-Nitrite. And no one will notice that your hyperactivity is a way to hide from anxiety and depression.

I’m that type, BTW, for years my symptoms hadn’t been detected because I was so energetic and sharp. No one would have guessed. I was the only one who had suspicions, until it got diagnosed. If you have doubts, it’s time to clear them.

8 – I’m depressed because all the fucked up things I’ve done to others, now all that crap is haunting me: I had it coming

No, it’s often the other way around: depression makes you feel guilty for anything, including stuff you didn’t do. I’m not saying you’re Mr Awesome-the-guy-that-never-makes-mistakes-ever, but there’s a big difference between realizing our past screw ups and feeling guilty over and over again for the dumbest stuff.

That difference is often called depression, and it can be treated.

9 – I’m depressed, no wonder: the world is a gigantic toast smeared with Republican feces

The world’s shape depends on the way you look at it. There’s no doubt that our era can trigger legitimate concerns, yet, life is not ONLY a huge shitty toast, and if you see it that way, it might be because of the glasses you’re wearing right now, so start with the glasses. Changing the world takes too much time, anyway.

10 – Prozac is for the wimps, I’d rather not take any treatment, even if I feel like jumping off a cliff while singing “Story of my life” from One Direction

Nobody cares if you’re taking anti-depressant, only YOU do, and it may be just out of sheer pride. Just let me repeat what I said above: depression is a disease, and SSRIs have been proven to be efficient, along with therapy. Natural supplements like Saint John’s Wort and Vitamin D probably help, but not nearly as much as targeted molecules.

Would you refuse antibiotics if you had an infected wound? Would you even feel ashamed of taking them? In a century from now, humans will probably wonder why our generation was so shy about depression, it’s time to prove them wrong.