The unique art of losing

I spotted a high score notification on a friend’s Facebook feed today.
It said: “I got 53235 points while escaping from a Giant Demon Monkey in Temple Run 2. Beat that!”

I love temple run, I play it in the bathroom when the business that got me there takes too long.

I tried to compliment that guy on his score by leaving him a comment saying that “I had never heard of the Giant Demon in temple run” and that “I should try harder next time I play”.

What an awkward way of being nice. People often freak out when I try to be friendly, anyway.

Of course, he took it the wrong way and started arguing that it wasn’t a “Giant Demon” but a monkey.

Like it mattered whether he won over a Demon or an Iguana or a hip of Radioactive crab manure…?

I had tried to be sweet and I failed and HE WAS WRONG ANYWAY! That WAS a Giant Demon Monkey. It said it on his timeline! 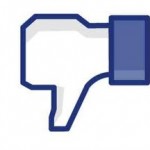 I was pissed, actually.

And I’m 40. And after 20 years practicing meditation, that’s what I do, I fight over crap like that.

That would have been the end of it.

My point is in most arguments there’s nothing else to do but losing.

Officially announcing that you were wrong and that you’re sorry. That’s a serious step toward kindness to yourself and others.

Now, If you really , REALLY want to win the fight, that’s still doable, but you’ll have to join 7 billions of losers lining up, all aggressively trying to prove their point. 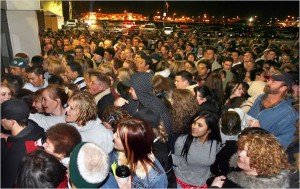 You’re free to do what everybody else does (with mediocre success), or leave the queue and simply apologize. Abandon the global pissing contest and save energy for the battles that matter.

That’s what Tibetan masters tried to teach me: give victory to others, take the blame and grow a stronger mind in the process.

There is no winning the fight for being right, anyway.
Ultimately, we’re only sure of one thing: we’re all gonna die.

The only question is: who do you want to be when you finally kick the bucket?

All it takes is to take the defeat, and then let go.

War is over the moment you end it.

You can connect with me by: