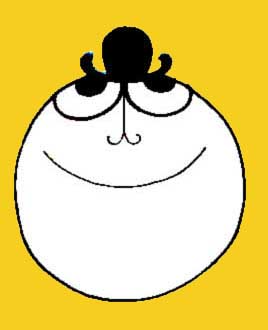 If you want to succeed at what you do and hate competing with others, the following might be helpful.

Humanity has made some pretty impressive leaps forward, in just a few centuries.

We used to live in caves; now we fly into space. From smoke signals to cell phones we can say that we’ve moved on, technically.

Spirituality wise, I’m not sure our progress is so obvious, though.

Despite meaningful messages left behind for us by Socrates, Jesus Christ or the Buddha, wisdom doesn’t seem to prevail. Seen from above, we might actually look like a bunch of morons trying to win a global pissing contest.

Everybody wants to be the best—nobody wants to share. It’s true at both the individual and collective levels, and the reasons why we do what we do haven’t changed in ages. Competition is still our main drive.

It sucks because rivalry is the dirtiest fuel for the mind. Being motivated by competition makes you dumber, neurotic and potentially harmful.

Striving to be better than others doesn’t help you reach your potential as a person.

Collaborating and seeking improvement does make you grow, but that’s a totally different thing. I’ll explain why.

In this article, I will clarify:

Even if you’re results-oriented, I’m sure you’ll admit the following facts regarding competition: 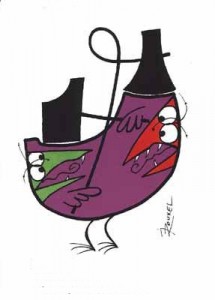 “Nature wants us to compete. For instance, wolves need an Alpha male to lead the pack, and all males should fight until the best is selected.”

That kind of example may be relevant in the animal realm. The problem is: humans are not animals, so the comparison doesn’t apply here. Animals compete for lack of a better option, but humans have a choice. Their potential is far greater than animals’, in both good and bad, and history speaks for itself. In short: justifying the usefulness of competition by using animals as example doesn’t prove anything, it’s simply a bad use of scientific knowledge.

“Competition is a good approach since it has been passed through many generations.”

Well, a lot of crap has also carried over human history: war, torture, religious intolerance…Does that make it meaningful?

The truth is: we kept doing it because so far we’ve been too idiotic to figure something else.

For more convincing arguments against competition, please check this out

Ok, enough criticism, the rest of this article reviews alternatives to competition, since there are other ways.

As a matter of fact, any other way works better than competition.

Check out from the race

Here’s the first thing you should do on the personal level: abandon the competition mentality.

What I mean by that is:

That doesn’t mean you shouldn’t be inspired by others or even copy the way they do things. Just don’t aim at the same goals, create your own.

Maintaining that type of focus will free your mind from the anxiety of competition and will increase your motivation to succeed: nothing is more motivating than a personal project.

You might think that being uncompetitive in a competitive world is suicidal.

It’s not, it’s actually the opposite.

If you really want to make a difference and achieve results, simply regard others as allies and provide support when they need it.

How to do that?

Most people are so conditioned by competitiveness that they’re disarmed when someone has other motives. They might even be defensive at first, but in the long run they won’t try to harm you. In most cases, they will repay your kindness.

You’re always strongest when you apply a generous strategy, it’s like wearing a coat of Teflon: bullets slide off you.

Organize your schedule so that you can spend 10% of you time helping others, don’t do it just when you have time off.

It’s worth the investment since it gives you access to the real deal: people. You gain their trust and friendship even without trying to manipulate them.

Once trust is there, you have a solid ground on which you can collaborate…

Collaborating means being able to rely on others’ qualities as if they were your own.

It’s challenging, but the rewards will usually exceed your expectations.

Based on collaboration, everyone’s qualities are shared and multiplied: When someone has an idea, if it’s a good one, you put it in practice without hesitation. When they have a solution, you apply it as if you were the one that found it. 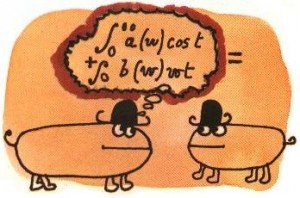 Gibis are cartoon characters that can mutualize their mental capacities. Every time a Gibi is faced with a problem he can’t solve on his own, he calls other Gibis to contribute with their mind, building a sort of meta-brain. Problems are solved all the faster as there are more Gibis involved. That metaphor is true for people.

Even in a cut-throat environment, you should at least be able to trade your qualities against others that you don’t have.

If you’re in a company, your collaboration skills are what your bosses will value most. You won’t have to brag about it, it will show sooner than you think and will take you to next level in your career.

After all, people who make things happen at a group level are called managers, right?

Innovation is a typical by-product of non-competitive minds—you can’t really innovate if you compete.

Competition means several people trying to do the same thing, but better.

It narrows down creativity by definition. The result in the field of science is a series of teams trying to copy-cat each other.

When there’s a competition going on, you can be sure that creativity has already gone somewhere else.

If you’d like to innovate, do something to respond to an actual need, or to satisfy your own impulse to create, not just to win a contest.

A concrete example of innovation that works: apply for a position that isn’t open yet.

You’re much more likely to be hired if you identify a need in a company and spontaneously offer your skills to solve their problem. By doing that you prove that you’re insightful, proactive and capable of fitting right in the company’s strategy.

That approach makes a big difference with a bunch of desperate guys queuing up for the same job found in the classified ads.

And it feels better.