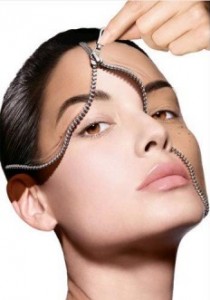 If you’re black, you’re the usual suspect, they’ll call you nigger or just “person of color” and you’ll get the evil eye in the bus and the restaurant.

It’s easy to be rejected, all it takes is to be dark skinned.

Yet you’re not safe if you’re white, either. You’re getting the blame for that just as well. They’ll call you a Babylonian imperialist, guilty of abusing other ethnicities out of sheer greed and ruining the ecosystems with your white owned corporations.

White people are the object of silent detestation because of atrocities commited by other white people. If you happen to be fair skinned, you magically inherit the understandable resentment of millions of people.

And the same goes no matter who you are.
Try to be smart: everyone considers you a nerd, but then be stupid and they’ll call you a moron. Whether you’re ugly or beautiful, protestant, Catholic Jain or Satanist, don’t fool yourself: someone is waiting for you with a shotgun, someone who doesn’t like whatever that is you represent. Their rejection is 100% uninformed and wrongly motivated, but you know what? You’ll have to deal with it, anyway.

It’s not like you have a choice: there’s no fixing it, you can’t change somebody else’s mind, even if it’s about you.

Everybody has already tried: black people smearing bleach cream on their faces to evade racial discrimination, white girls roasting under UV lamps in a desperate attempt at being more attractive.

And while the whole world’s busy trying to be someone else, time’s running out, stealing our only chance to impersonate the only credible character: us.

I could have called this post “How to be yourself” BTW, but it would have been both cruel and ironic, since the only person that can do that is you.

Until you can fully stomach others’ arbitrary rejection, until you accept that often you don’t even like yourself, personal development is a fraud, religion is an exit strategy and life a S&M reality show.