When given a choice between judging someone and understanding them, we often choose to judge because it’s easier, and more socially comforting. 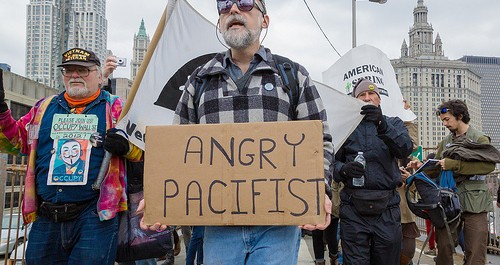 I’m 100% guilty of opting for that, with others, with myself, and despite constant reminders given by wise Buddhist masters and smart friends, I find it hard not to let anger take control when things go wrong.

“He’s an obnoxious bastard” sounds far better than “I’d like to figure what makes him so angry”. Besides, it’s such a release to say it loud.

You can judge anyone in a snap, it doesn’t require any skills whatsoever, and it’s a cheap fix to reinforce group cohesion. On the other hand, understanding takes time, defeats prejudice and favors humility, let’s face it, it’s too much work.

Since understanding demands so much effort for apparently little rewards, it’s no wonder death penalty remains the preferred sentence in mentally challenged states.

This dichotomy between judgement and understanding applies in our head too, with the same consequences.

What comes first to our mind when we screw up? The wish to debug the situation or sheer blame?

It’s far easier to call ourselves names than doing the legwork of analyzing what led us to screw up in the first place. Judging yourself is reassuring too, especially if we were trained that way as a child. After all, bad attention is better than no attention at all, right?
For many of us when we were kids, the deal was simple: in case a mistake was made, we got punished, then forgiven. As adult, we often keep applying that policy with ourselves, expecting a forgiveness that never comes, and pushing any chance of evolution further away.

Ideally, the course of action following a mistake should probably be:

It’s certainly true at a personal and collective level.

I’m training that muscle, with modest but steady results, and I follow those who do it better.

Paradoxically,  you don’t get to see that mindset often among activists.