Every single day I stumble upon new productivity blogs praising tighter schedules and reduced sleep times. Their underlying philosophy seems to be: get more done and “become a better version of yourself”.

I’m too old for that stuff, too old in the sense that I ran the rat race long enough to know what it’s really about. 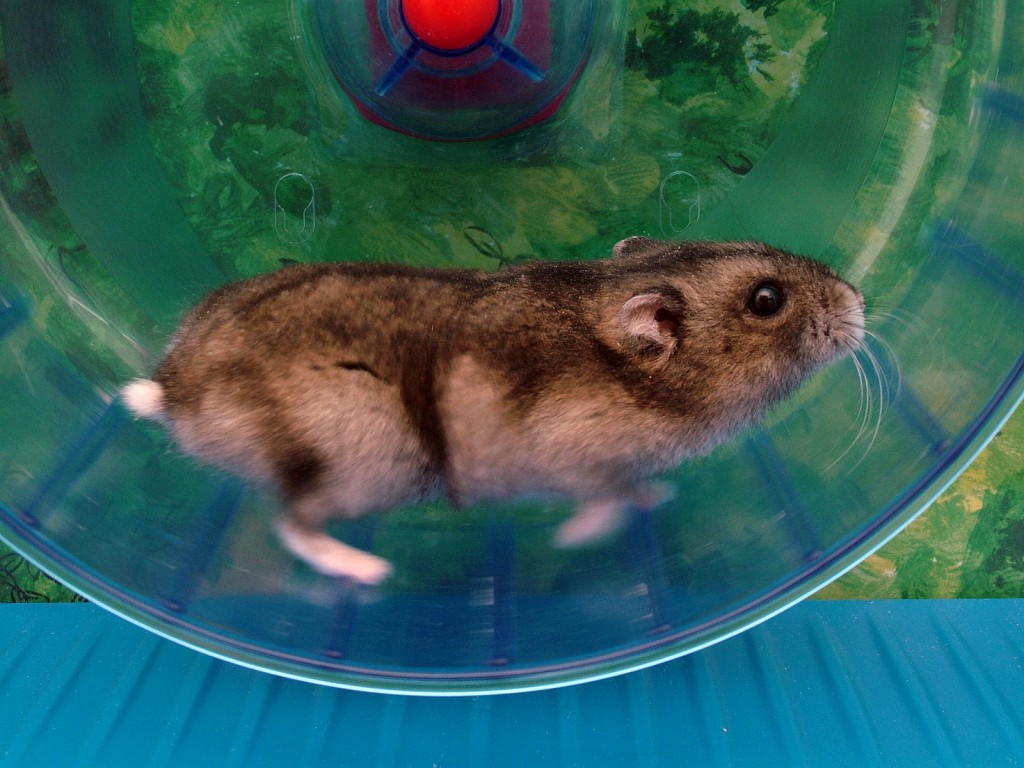 My experiences led me to think that productivity for the sake of it is just the expression of a collective neurosis that’s pretty well illustrated in a documentary (Capitalism, a love story).

Let me report the part of the movie that struck me: to denounce how brutal the system has become, a bankrupt American family is filmed while being evicted from their house. The movie director follows the father, who’s asked by the police to pack up the little he has in his car and leave with no shelter in sight. Their house has already been sold. 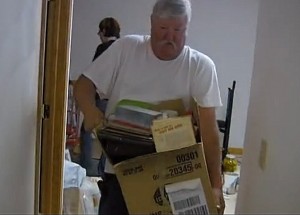 At some stage  the evicted Mum can help but wonder:

“We’re hard working people, how can they do this to us?”

Her question is legitimate. How can a civilized society let realtors prey on people this vulnerable?

To a liberal like me, the answer comes easy: vultures eat the wounded, and institutions will let them feast as they please since predation is supposed to be the market’s way of balancing itself out.

But what puzzled me even more was: how could this family believe that working hard should have saved them?

Since when does working hard earn you anybody’s compassion? OK, maybe it makes us feel good about ourselves, but that’s only because we were conditioned that way, isn’t it?

From kindergarten to college we’ve been raised to believe that our self-worth depends on our productivity. Now the brainwash has gone so far it even took over religions, the industrial era managed to replace god’s mercy with its secular form: salvation by means of work.

In a century where the richest 1% are just living off of their capital without doing anything besides from moving their assets around, I feel it’s time to step out of the scam and build a better future for ourselves.

Instead of obediently following the productivist diktat imposed by corporations, wouldn’t it be good to just change the paradigm and work less, so you can have more time to do useful things like travelling, meditating or taking care of those you love and get involved in charity?

It’s possible to do it without sacrificing on happiness, I believe it’s even our duty to slow down unless we want this economic madness to carry over. In fact I dropped out of my nine to five three years ago and I learned a few things in the process, working less and living more are not just a blogger’s myth.

What the hell is productivity, anyway?

On a personal level, productivity is a misused concept: it’s commonly believed to be a measurement unit to evaluate how much you kill yourself at work, when in fact it’s about how fast you get tasks out of the way to buy more free time.

Let me give you an example:
Vilma (my wife) and me (in my former job).
We had very different positions, but the amount of work was comparable.

I would arrive at the office at 9 am sharp, give a few calls, answers my email, attends a couple of meetings. Take my lunch with the staff, a coffee later I was back to work, watched presentations made by the company’s VP and checked my Facebook account if nobody was around, I would finally process my daily tasks until 7 pm.
Total: 8 hours.

Vilma opted for ROWE (Results Oriented Work Environment), she shows up when she wants to and she can work from anywhere. All she’s required to do is her job in a major corporate I can’t name.
She drops in at 11am, get things done until four, then leaves to her dance class.
Total: 5 hours.

Who’s the most productive, Vilma or me?
Vilma’s the winner, by far and large.

And she knows what to do with her free time. She doesn’t feel guilty at all. As a matter of fact she often says how awesome that lifestyle is.

“A century ago, a typical chair factory needed a week to produce 200 items. Now, technology enables the same output in 24 hours, this is fantastic, but for god’s sake, don’t just make more chairs with the 6 days left” – Unknown.

After being a shining example of how to waste your life on a bullshit job, I was offered the opportunity to work a Business Development Manager.
I was supposed to follow up with prospects everyday and follow up with the existing “leads”. My targets were software companies, most of them were lousy customers.

This time I changed my approach, instead of sticking with my job description and knock out the assigned tasks, I focused on the top two leads most likely to bring money to the company, and I totally dismissed any other “opportunity” and side jobs.

As a result I made the biggest sale in the company’s history (which didn’t prevent it from going bankrupt, though).

I wish I changed perspective before the age of 38…Better late than never, though. On the bright side, I became a work minimalist.

Work minimalism is what happens to you when you stop believing that your self-worth depends on the amount of tasks you do each day.

It’s a way to put work back where it belongs and see it for what it is: a way to achieve personal and financial results, nothing more. It doesn’t matter if you do your job it in 10 or 5 hours, the only difference is the time it frees for you. To have a life for instance.

I recommend two books that helped me gain  a saner relationship with productivity:

The 4 hour workweek (although I don’t condone some of its ethically disputable recommendations) and Zen to Done by Leo Babauta.

If you’re on the path of working less while getting more done, reading both of these guides will give you wings, and a serious kick to move on with your career.

Here are the daily habits that I found most useful:

As said in a previous post, the first action to take is to cut down on distractions: Facebook, Twitter, Email, RSS feeds. In some cases, going offline will be your best friend.
Once your mind is set to one task only, it regains its power to help you do stuff. Fast, smoothly, and passionately if you’re in a creative business.

3 Most Important Tasks a day

This tip is inspired from Leo Babauta’s “Zen to Done”.
As I plan my day, I decide on three main tasks I want done, at the exclusion of all others. The process is a bit frustrating since the ego doesn’t like to accept its own limitations, but when the night comes, I can tap myself on the back and cross three tasks on my list.

The power of daily habits is immense. Habits are often insignificant changes to our daily routines: learning a language for 15 minutes a day is nothing to brag about and it’s not stabbing your busy schedule either, yet if you do it for a year, chances are you’ll be self-sufficient for your next vacation in France (that’s how I learned Tibetan).
Each little action accomplished everyday is a little soldier that joins an army at your commands, the process looks harmless, but it’s insanely powerful because of bypasses all the fears and excuses that hold us back.

There is no way around the need for sleep. Sleep deprivation makes you inapt and depressed. I’ve tried everything including polyphasic sleep. No way around sleeping enough. At best, you can postpone your daily amount of snooze, which is called sleep debt, but you’ll have to catch up sooner or later.

Sleeping more make me 3 times more effective, creative and enthusiast. I still wake up insanely early at times, but I make sure I recuperate soon after.

For some obscure reason, any task will take the time you assigned to it. Working on a power point presentation? If you give it three hours, that’s what you’ll end up working. Conversely, try reducing it to an hour and you’ll be surprised to see that it fits nicely.
Once again, don’t ask me how it works, I have no idea!
These few steps are the starting point on a radically different approach to work. I believe it’s only a start for a lot of us, you can’t transition overnight from a the comfortable stupor of a 9 to 5 to being a savvy itinerant traveller like Clayton but I wish you to use the new trend of work minimalism to enjoy your stay on earth.

The bright consumerist future we’ve been promised at school is a commercial. The system doesn’t need us happy, it needs us dissatisfied so we’re willing to bust our asses to afford more goods. Long hours are certainly not the universal solution to that.

How about taking responsibility for our schedule, so that, looking back we’ve not been just a cog, but a parent, a friend, all those things only time can allow?

You don’t have to agree, feel free to challenge that in the comments below.