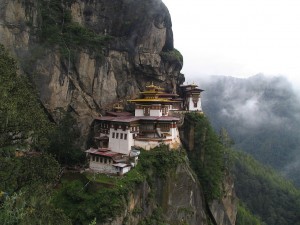 A couple of years have passed since I wrote “4 things you should know if you want to be a Buddhist monk”. I was not aware this post would be read by 33000 people, many of whom subsequently emailed me about their project to embrace the simple and tough ascetic life.

Some questions kept coming back, I thought it’d be nice to answers them in this follow up post which covers the concerns everyone seems to have (or should have) before taking monastic vows.

I hope it helps, feel free to ask questions in the comment section below.

1 – Enjoy lay life while you can

I discovered Buddhism at 22 in a Dharma center located in France. I immediately fell in love with the place and wanted to drop my urban lifestyle to enjoy the company of inspiring monks and the possibility of meditating more.

Still, I refrained from burning bridges with the world, because to be honest I hadn’t had much experience of it. It was too early to renounce to things I didn’t know. So I decided to wait and check the missing items from my bucket list.

For instance, during these preliminary years I got a 9 to 5 job, rented my first apartment…and did everything normal people do besides from having kids. In the meantime, I studied and meditated as much as I could. This process took me four years.

Looking back I don’t regret that gradual approach, it strengthened the roots of my motivation and protected me from a classic mistake: renouncing the world out of a sense of failure and emergency, running away from your responsibilities by adopting a new “spiritual” identity.

FYI: nearly all my fellow Monks who made a premature choice eventually went back to the world to get a taste of what they tried to avoid in the first place.

Do yourself a favor: save time by fixing your life now, experience what scares and fascinates you, once you’re a Monk it’s too late.

Those too lazy to go to the gym blame it on the weather, or their undersized sneakers, even on their dog’s toothache if they have one.

And the same goes for wannabe Buddhist monks, before starting to be serious at meditating and studying, we all think we need to leave everything behind and join a monastery in Bhutan for instance, so we can start our practice like a real pro. Let’s face it: those fantasies are just cop outs, and they will probably follow you in Bhutan if you don’t stop procrastinating.

Just start practicing and meditating right now, in the city. It’ll be messy, imperfect, but just as real and fruitful.
Believe me, once you’re a monk, things continue to be a messy and imperfect, no spirituality can save you from that, better jump in and get trained right away, where you are.

Don’t wait, bootstrap now, and develop a healthy appetite for your spiritual practice, that in itself will put you on the right track to become a monk if that’s your fate.

Since you already consider to dedicate your life to the practice of Buddhism, what about dedicating a month to it,  for a start?

You might feel ready for a lifetime commitment with the Buddha’s robe,  but the actual experience of  giving everything up might be different than what you think. It’s still safer to get a taste of it beforehand, and move forward one step at a time.

There are plenty of Buddhist centers which role is to provide basic Buddhist meditation and philosophy courses, some Monasteries offer the option of staying for short spiritual retreats during which you can actually take the same basic vows as fully ordained Monks.

Here’s a list of centers all over the world, I’ll be damned if you can’t find something close to you. Email me if you need help.

As with most other situations, money always comes handy, if you already have cash on the side, keep it and put it to work, you might need it for serious reasons like medical care or helping others out.

Monasteries are generally very tight, they’re not profitable (and if they are, something’s wrong with them).
It’s better not to expect full financial support from these institutions other than food and shelter, so stash a financial buffer if you can.

Also, consider that you might get back to a regular life one, two or 10 years later (as I did). It’s a relief to have a survival fund to start all over again.

5 – Don’t leave an emotional mess behind you

If you’re in a relationship and you seriously plan to be a monk (or a nun), it’s time to let them know about your project: being a monastic implies celibacy in almost all cases, and your partner deserves to be aware that they’re not going to be a part of this new life. I’ve seen some lovers stay friends after one decides to embrace a monastic life, in most cases however, it’s more compassionate to just break up and let the other move on…with someone else.

Spirituality can’t be self-taught, you need someone to guide you around and protect you from your own mistakes.

During my first year after discovering Buddhism, I was absolutely clueless and full of batshit crazy expectations, I’m not saying that I’m much smarter now but I still managed to be a monk for 10 years, studying and practicing consistently, and I owe it to my spiritual friends.

I was tempted to put my robe in the trash every other year, and I was very good at screwing up and making the worst choices for myself, but my teachers were there for me every step of the way, without ever judging me or imposing anything. That’s the kind of guidance you need to have if you don’t want to be led astray by your own delusions.

If you came so far as to dreaming of becoming a monk, if you’re ready to trade glamourous materialistic promises for a life where all that is left is meditation and simplicity, then before putting your macbook on Craigslist and giving your muscle car to charity, I’d just like you to consider how privileged you already are.

Few people have even considered renouncing, they still believe that life is about impressing their friends with a brand new barbecue set.

You’re insanely lucky to appreciate the value of spirituality, your mindset is often a great start on the path.

Yet for now, please don’t rush it, practice starts where you are, you don’t have to get lost in the mountains of Nepal or Tibet, instead, put your enthusiasm to use right now. Don’t wait for an ideal place, that place doesn’t exist anyway. Instead, learn how to meditate, study Buddhism, or visit a Dharma center close to you.

Over time, you might discover that monasteries are not always the best places for practice and renunciation, and your progress mostly depends on you anyway, so try to remain open to change. You have more resources than you think. Use them.