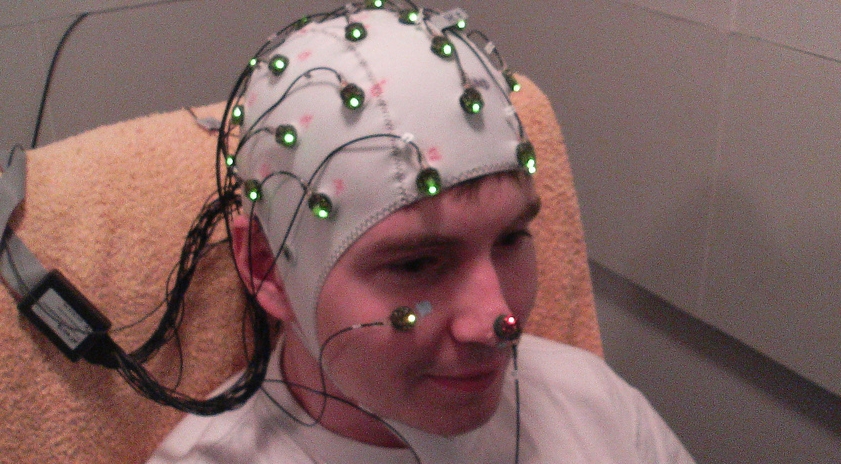 I’ve come by a article about the rise of meditation in Silicon Valley and how it’s used as a tool to improve engineers’ and marketing teams’ performance at work.

That’s the kind of news that makes me want to swallow my laptop and spit the keys one by one at Larry Page’s face. It’s amazing how greed turns everything into crap. Now it’s meditation’s turn apparently, I assume it’ll be raped by an army of ambitious idiots until everyone forgets what this practice was for in the first place.

I don’t care to sound like a fanatic Hippie: meditation was not meant to increase productivity, using a spiritual tradition to build better software engineers is like buying a dog and train it for combat: it’s pathetic.

Anyway, the point of this article is not to whine about the tech industry misusing spirituality, but to share 6 common ideas about meditation that are plain wrong…according to my experience.

Meditation will silence your mind

No. It won’t silence squat, as a matter of fact, you’ll become more aware of the giant cacophony going on 24/7 in your head, at least in the beginning. Some meditators report moments of calm, but they’re unevenly distributed and more often than not, what everyone meets is (unordered list):

On the bright side, you’ll be less and less affected by your own chaos. That sounds less dramatic than “inner peace”, but that’s actually what it amounts to :)

Meditation will improve your performance

Depends on what is meant by performance. If we’re talking about getting more done in less time: NO. I’ve seen enough highly skilled meditators drag themselves mindfully from one couch to the next doing next to nothing (and ending the day completely exhausted).

What might happen though is an increased capacity to focus and therefore a better use of your brain, but you don’t really need meditation for that, plain focus is enough.

There are armies of Buddhists running away from medical attention by practicing mindfulness, we’re all somewhat afraid of confessing that our psychology might need some fixing, aren’t we?

The problem is that meditation is neither a placebo nor a therapy and even if it makes things easier for introspective work, it’s no substitute for professional guidance. It really isn’t, sometimes it even worsens serious pathologies. I’ve had to drive some people to the mental hospital after they lost control during Buddhist courses.

If you feel mature enough to face your inner mess and take serious care of your mind, a great approach is meditation AND therapy, at least that’s what I witnessed.

Meditation’s a way to escape reality

That misconception is more common among nay-sayers, those who have no experience whatsoever in meditation. However dumb their prejudice is, I have to concede that it contains an element of truth: the term meditation is so vague that it covers some serious New Age bullshit (visualisations with unicorns galloping in limitless fields of sunlight and whatnot).

Practicing the regular “concentrative meditation” however is not going to make you see rainbows or aliens speaking in tongue. On the contrary it’ll ground you right here and now, which is somewhat more impressive than any known psychedelic.

Mindfulness is not about getting anywhere else — Jon Kabat-Zinn

I wish it did, but I’ve never cried that much since I’ve started practicing it.

I’m not gonna ruin the show, though, let me present things differently, what if meditation made you not care about being a stronger person? What if, after a while, it didn’t matter to be tough because you realize how fragile all humans are and that you’re just one of them?

Would you still want to protect yourself if there was no way to protect anything, and nothing to protect in the first place?

That might sound like a lot of spiritual hogwash, but really, it’s all I can say about it, strength finds you when you stop trying to be a badass.

Meditation’s a great tool against depression

Yet another very popular way to sell meditation with fallacies. I can only give my personal take on it: meditation didn’t do anything to help me with depression. Meditation and Prozac did (I used it for a year and a half) along with a whole bunch of self-help and therapy.

I don’t deny the fact that it might be a winning formula, I’m sure some meditators found relief leveraging mindfulness to fight the black dog but I mostly know people who failed at that.

So, let me summarize what I tried to say in the above list: meditation is packed with benefits, but they’re generally not what you think and they largely depend on how you set your expectations.

In short, meditation is a tool to reach enlightenment, nothing less than that.

The current trend is to sell meditation for what it’s not and ignore its real purpose. The benefits of practicing mindfulness go wayyyyyyyyyy beyond the Google management’s craziest dreams, and if you’re willing to push the door and try it for yourself, you’ll experience all that.

The people who meditate consistently seem to become more human, more compassionate, kinder with themselves and with others. And also smarter about handling relationships. They listen more than they talk, and they like to help others around them. They’re OK with saying that they screwed up and that they’re sorry, they’re able to let others win and take the blame.

But they get depressed sometimes, because that seems to be part of the human experience, and meditation doesn’t save you that.

If you’d like to get more posts on self-help and meditation for our insanely busy lives, you should subscribe to gr0wing.com’s newsletter :)