CIP prevents you from feeling physical pain. You don’t want to be born with that genetic condition.

The kids who have it need to be taught not to chew on their tongue, and if they break their leg, their friends have to tell them that something’s wrong. They might have a severe appendicitis, but no tummy ache will ever warn them, for all they know, all is great until it’s too late. Over time, they learn that the absence of pain is way more dangerous than pain itself.

I don’t have this problem at all, fortunately. My last visit to the dentist reassured me on this point (especially when she poked into the nerve of my half-numbed molar).

Even if I hate physical discomfort, I accept the fact that it’s the only way my body can tell me when something’s not right. Pain is a messenger sent for us, not against us.

Can the same be told about psychological pain? Is emotional discomfort useful? I think so, even if it’s more complicated to address than a raging toothache.

Psychological pain is often there to warn you of situations and states that are wrong before they turn VERY wrong:

All of the above comes with symptoms ranging from a mild stomach cramp to horrifying panic attacks in the subway.

When the rational mind can’t conceal what goes on under the hood, pain blows the whistle. It’ll blow a boat horn if need be. You want to pay attention before going deaf. I used to be an expert at not paying attention (Prozac knows what I’m talking about).

To make use of pain as information, it takes awareness, curiosity and the guts to solve problems at their source, and few people do that because mindfulness is missing in our culture of denial. 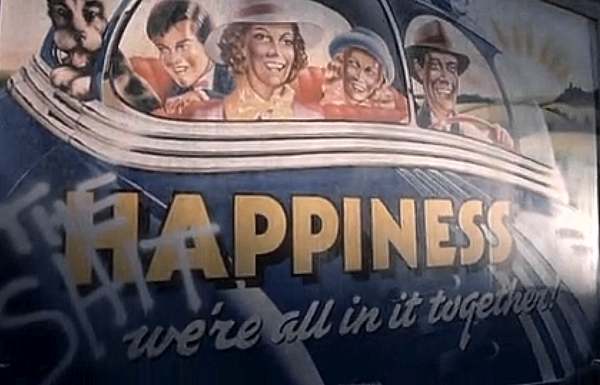 So what can I say…Let’s go see a shrink? Yes, obviously, consulting a therapist is GOOD, herbal tea and relaxation can only take you this far (and generally, that’s not far enough to solve anything).

And what about meditation? They say it works for everything, they say that it changes the chemical structure of your brain and serotonin release and whatnot.

I guess we’re often missing the point when referring to mediation as a cure-all. The more I ask meditation masters and Mindfulness instructors, the clearer they get about meditation being a tool to see what’s going on inside of you. All of it.

It’s yet another way to connect with ourselves, even when we’re sore.

If what you discover is unpleasant, it’s a victory: you’ve just spotted something that can be changed. And change you will.
If you meet with bliss and reconciliation, that’s just as great.

Yet when it doesn’t hurt, listen closer. From now on, whatever you find is a proof that you’re doing a good job.