Saying “I don’t know” takes some guts, but it’s the right answer, in most cases.

And it’s probably the healthiest thing to say, too. To others. To yourself. Before reality slams your projects on the wall to prove you that you didn’t know, indeed.

“I don’t know” is an act of mental hygiene, flushing the waste of stale beliefs, making room for fresh ideas and wisdom.

When a political conversation starts about China’s foreign policy, do you often feel the urge to have some documented analysis to share, or a sound opinion in the very least?

That compulsive tendency seems well rooted in us humans: we need to identify and label, for fear of being naked, vulnerable, in the open space. 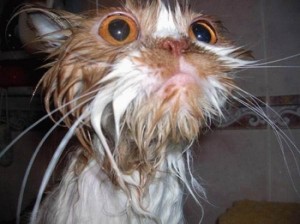 Clearly, when we admit that we have no clue, we sacrifice some level of comfort, but trading fake reassurance against a deeper form of understanding is a good deal. At least that’s what Socrates’ life example seems to prove.

Are we ready to admit our limitations?

Is it safe to come out and confess to our friends and colleagues that we’re not omniscient?

I guess they should know it by now, anyway :)