A month ago I decided to stop having a day job and hit the road. This is not a success story, but a live experiment:
growing the roots of happiness
My first stop was in Guatemala for a Buddhist meditation retreat guided by a non-conventional teacher.

The trip starts in Guatemala airport.

If you’re like me, you probably don’t know where Guatemala is,

OK, just in case, Guatemala is below, on the picture: 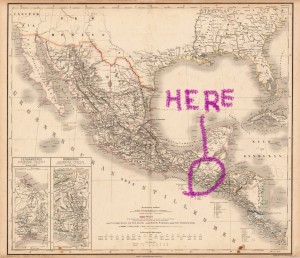 And I didn’t tell you what my road map is, either.

It begins in Guatemala

> then El Salvador…
> Guatemala again…
> the U.S…
> probably Peru…
>Next stopover will be far away, somewhere.

I don’t know what other countries I’ll explore but I’ll just make sure to avoid those where people fight one another. Or places where guys wear a beard, like Paris of Afghanistan (just check it out to face the truth about fashion trends in Paris).

I will use this trip to learn about Spirituality whenever possible. For instance I intend to:

– Meet a great Buddhist master that currently lives in the U.S.

That’s all I have planned, and I leave the rest to fate. I trust it’ll be good to me.

My first stop is in Guatemala

My plane lands so close to the slum houses that for a moment I think we’ll end up someone’s kitchen (I’m not that hungry).

Later on I hop in a bus.

The country looks poor but beautiful.

The people are nice, welcoming and relaxed.

Everybody tells me to watch out, though: Guatemala is reputed to be violent. The local minister of security has publicly advised women not to drive on their own due to the recent surge in carjackings and rape.

I have no idea of what’s going on between people, anyway. I can never tell what they’re up to, because I don’t speak Spanish.

Talking about easy prey. I’m a good candidate for the worst, I guess God will decide if I make it alive. For now, God is my Latina girlfriend who will be with me for the first 10 days, she guides me around and I follow her. It’s sweet to feel like an old horse. 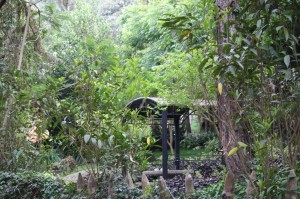 Next stopover is the place were the Buddhist retreat will take place, an eco-friendly hotel in a forest, a place were everything is wooden, even faucets in the bathroom.

The meditation course I’m about to attend is called “Phowa” or the Practice of Conscious Dying. It belongs to a 10-century old Buddhist tradition started in India.

During this practice, one learns to transfer their consciousness at the moment of death into the state of highest bliss (Dewachen). Sounds exciting and creepy at the same time, but I’m shit scared of death and this practice gives some kind of answer to the big question:

“Is there something after death or is it just the end of the story…forever?”

I guess if I can find an answer to that, I might find closure. If there’s nothing after death, well, I hate the idea, but at least I can start the bereavement process.

Don’t get me wrong. I’d love to gain the certainty that we don’t die, that we just go through a series of lives, this one being just one out of many.

I’d love to hear that there is light at the end the tunnel, even a neon light in a gas station, that would be enough…

We’ll see. I know that fear of death is not the kind of concern you can resolve easily.

This meditation course will get me started, I hope.

The Buddhist master that will guide the process is not an old Asian with a weird hat, he’s actually from Denmark: 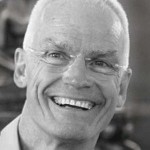 Ole Nydahl goes against stereotypes of meditation masters, he shows a different example, and I like it that way.

This guy spends 24/7 traveling the world and guiding his thousands of followers.

He’s in his 70’s and looks more energetic than many young men. People try to tour with him, but they usually get exhausted beyond recognition while he just keeps going.

He started as a hippie in Kathmandu, back in the day, high on every conceivable substance. Then in Nepal he met the 16th Karmapa, changed his lifestyle and decided to completely devote his life to practicing and teaching meditation.

Over time he designed a Western-friendly approach to Buddhism.

Thanks to his direct and genuine personality, he built a solid and committed following. Good to see that it’s possible, since there are plenty of spiritual crooks out there.

I heard that he was an accomplished Phowa master when I was a Buddhist monk in France.

When I mention him as an accomplished Phowa master, I mean that following his meditation instructions seems to bring tangible results.

Not just ideas in your head, but long-lasting benefits and physical marks certifying them.

Meditation retreat means discipline, but I know it’s worth applying it. This one takes place in a nicely arranged white tent where there are approximately 300 people.

I have to sit on my butt, cross-legged. For long periods. More than 8 hours a day for 4 days.

My girlfriend, an old Phowa addict, tells me that this practice is special: it triggers physical and mental responses in people. Strong ones, usually.

It’s a healing process, but you got through hell sometimes. Or heaven…it depends.

I’ve seen how people react in many Buddhist events:

– some are blissed out

– some totally blow a fuse

I’m usually the guy who’s desperate for anything to happen. I’m aware this sounds pathetic, but it’s true.

This time, at least, I can say that I’m not left wanting more.

The first sessions include “warm-ups”: Long meditation sessions with teachings and instructions given by Ole.

> Visualizations (things that you picture in you mind).

> The same process goes on, as the days pass.

The repetition of all this is not enough to bring me into a state of trance, but I can definitely sense that there is something going on.

Until it actually kicks in.

Hell! I’m feeling something this time.

Too bad I’m not allowed to tell you more about it: the practice is not supposed to be described to those who don’t attend.

It’s a Tantra, a secret Buddhist teaching, and it’s meant to only be explained live by a qualified master. Meditators are not even supposed to talk about their experiences, so….


I beg your forgiveness. To excuse myself, here is a picture of a cute little girl that was there during the retreat, with her parents: 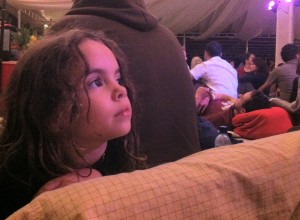 I had glimpses of what I was looking for, and a whole lot of others things occurred during the retreat.

It’s too early to believe that there’s actually light at the end of the tunnel, but this retreat gives me solid reasons to believe in that.

I’m not going make a big fuss about it, since all the practitioners there went through a lot of meditation experiences.

The Phowa practice often helped them in the long run, obviously. They probably wouldn’t come back otherwise.

The majority of them look pretty balanced and happy.

I can sense that I’ll bring the benefits of these 4 days with me, and I expect to have a “delayed release” effect. I’ve experienced this in previous meditation trainings.

Nice crew at this retreat, and I didn’t have to deal with weirdos or prana leeches. Just cheerful, enjoyable people mostly. I could’ve managed an extra week with them easily.
I feel I made quite a few meaningful connections with people, and most of them are Latinos, so I’ll see them again during this trip.

Next stopover will be El Salvador. I’ve only heard about criminality there. But that’s what the media says, and I don’t believe the media.

I’ll talk about how I manage a budget and a source of income on-the-go, too.

See you next week

I’d be happy to stay in touch with you, if that’s also what you want: