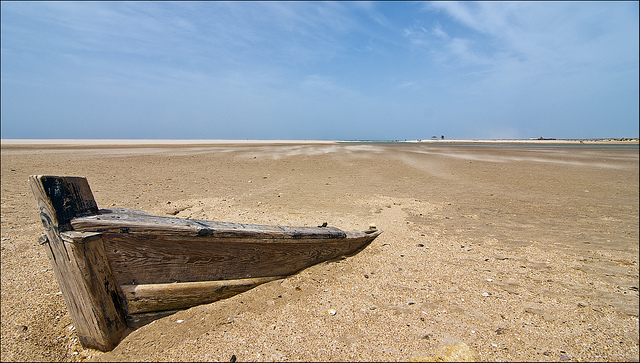 Maybe it was a mistake.

Maybe I should have kept my 9 – 5, my apartment, my social status, since it’s easier to grow your self-confidence on a solid payroll (at least in the beginning). But I was miserable at work, and even if my boss was cool, I was getting restless and angry.

It took me a year to decide between freedom or security, and when I finally opted for freedom, broke showed up instead.

The process was gradual: after turning in the keys of my apartment, I declined a few job opportunities thus burning the bridges to a regular life.

Then I travelled to Latin America to cut down living costs and enjoy the laptop-nomadic life, but my plan to make money from abroad failed miserably. Meanwhile, the French IRS thought I was a good candidate for a bondage and humiliation show, stripping me of the few pennies I had left. When I finally convinced myself to get a survival job, it was already too late, I was $15000 in debt and couldn’t find any serious stream of income. The rest of my story will sound strangely familiar to those who met bankruptcy…

My journey through homelessness and scarcity has been rough, I’m not denying it, but looking back, I reckon the incredible benefits of sailing the seas of broke.

If you’re OK with that, I’ll focus on the good stuff that I learned in two years of couch surfing, friendship and financial struggle.

What you always wanted to know about your friends, but were afraid to ask

When bankruptcy enters your life, the first thing it does is grab your address book and strike through most of the names in it.

You already knew it instinctively: if it wasn’t for money, most relationships would be unbreathable.

Would you spend your free time with your work mates? Of course not, you only endure their company in the office because you have to.

The same goes for a lot of acquaintances whose conversation wouldn’t be tolerable without numbing your senses with a few cans of beer or whatever chemical comes handy.

That vicious circle is the by-product of money: at work, you mingle with crappy people for money and the same money is then spent on alcohol to help you cope with misaligned friendships.

Bankruptcy cuts the ties of that social delusion in one single blow. Once you’re jobless and broke you really don’t need to pretend you like anybody, you can’t afford to pay for the drinks anyway.

And there’s no need to worry about crappy friends: they vanish the moment your account balance reads negative. Chance are you’ll probably hide from party people when you’re ruined. Isn’t that a solid proof that these crews were merely feeding your vanity?

If you’re smart, you’ll enjoy the cleansing effect of broke: it showers away life’s cling-ons: flaky connections, vain friends. It’s a brutal process , but at least, when all that junk has been power-washed, the ground of real friendships starts to show.

Because I’m quite old, I had done that screening job in large parts, actually I expected huge disappointments but I discovered that I had more friends than I thought. Very few people let me down. Some offered their apartment for a week, others would let me occupy an aisle of their house for months in a row.

Of course I always tried to reciprocate by cooking or fixing their sink, but they would have helped me with or without my contribution. Those friends often read my blog BTW: guys, you know who you are…

I just mentioned friendship, what did I learn about love when I hit rock bottom?
That it doesn’t grow too well on scorched grounds. On the other end, if you want to field-test an existing relationship: go broke, and you’ll know if your partner is a gem or a sack of crap.

I was lucky on this end: my girlfriend (she’s now my wife) didn’t let me down when I could barely afford to give her long distance calls. Woman, you know who you are :)

Here’s another discovery I made while surviving on nasty-ass cup noodles and discount beer: bankruptcy is too small a gate for your ego, to survive the trial of poverty, you’ll have to let your pride at the door.

That means accepting money from your parents, telling your friends that you can’t afford to order sushis with them and begging for a discount at your Gym club.

Those humiliating situations are not a shame in themselves BTW, they’re only embarrassing if you’ve identified with your income. Being broke showed me how I had built up a subtle form of arrogance on the basis or my purchasing power, I had to toss it, and I’m glad I did.

When you’re lean as a stray dog, that kind of money-powered infatuation dies down, it’s a healthy diet for the mind. Let’s call that Ego Minimalism, a state of inner simplicity.

Ego Minimalism is what happens when the situation conspires to humble you, to trim down your certainties. It’s what occurs after being ditched, or laid off. Needless to say you don’t intentionally cause  that misfortune. But even if the process is often excruciating, the end-result is a feeling of openness and warmth.

Once you lost everything, you’re not afraid of financial ground zero anymore and you can genuinely understand the struggle of humanity without judging anyone, including yourself.

Ego minimalism also opens your eyes to the truth of interdependence, on how much you need others…It’s a general truth: we wouldn’t be born without a mother, we couldn’t read without a properly financed school system and our self-esteem would be quite low without good friends pretending our jokes are hilarious.

Yet, for some reason, interdependence is even more obvious when you sleep on someone else’s couch. Is it a bad thing to be aware of how co-dependent we all are? I don’t think so, and according to Buddhism it’s even an awesome thing to realize.

Enjoying the counter culture of books

And then, there is all this free time unemployment gives you. This shameful time-off…What are you going to do with it?

There’s no panacea to cure the anxiety and helplessness of broke, some respond by doing dope and randomizing their schedule…I didn’t want to do that: in my experience drugs are not evil, unless you take them at the wrong time.

For lack of a better option, I took refuge in books. I read more last year than any other time in my life, self-help, novels, philosophy, essays, manuals, I grabbed all I could. The agony of being broke and jobless changed into a haven where I could soak in the amassed knowledge of generations of humans.

Once again, desperation forced me into reading and loving it. But I gained momentum through that constraint and I’m not in the mood to stop.

The funny part is that I realize now how few people enjoy books. The majority spends time on entertainment requiring less mental effort, reading Buzzfeed type posts: “Look at these 20 strangers kissing for the first time” , or watching “real-life” people beat the crap out of each other. A good deal of the millennials can’t let go of video games where everything is totally dictated by the game itself.

Definitely, homelessness protects you from those brain-gellifiers, it’s somewhat good not to have a TV, or a PS3, as you’re forced to think out of the Status Quo, and you realize that a lot of classic reads are revolutionary and totally against the current intellectual orthodoxy.

Now is that a benefit from the economic standpoint? Probably not, but that ceases to be a concern after a while, as you discover the value of that which can’t be bought…

It shocks me how I’m still stranded in the land of broke. I had no idea it would last for so long, and if you ask me if I like it, I’ll respond NO, I really don’t. But I can’t deny that so far it has helped me get closer to the bone of my life, the part money can’t corrupt, I’m assuming that it’s a safe ground for my own sanity.  In the future, when I’m financially replenished, I’ll try to keep that coerced modesty at heart.