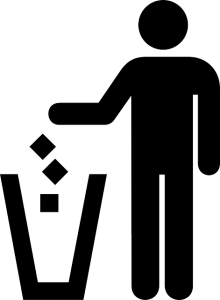 I thought there was a packet of cup noodles left in the kitchen. But after a deep closet investigation, the noodles are gone.

I thought there was a new episode of True Detective, my favorite series. Unfortunately, it’s not available yet, I’ll have to wait until it’s uploaded.

The world is full of things out of my reach.

Planet earth now hosts 20 millions of millionaires, I’m not one of them.

Surely, lack is part my daily experience, I know it to be true for most people (including the very rich). But I really shouldn’t nag about that, it’s perfectly normal to be frustrated, nothing wrong me, nothing wrong with the long faces I see in the subway either, god knows what they’re missing.

Once, a Buddhist teacher told me that human experience was characterized by the feeling of scarcity, he was damn right.

We’re looking for something all the time. We spend our days running after a missing part of the puzzle, whether it’s a partner, a nicer house, serenity, or a Facebook thumb up… We’re inherently dissatisfied, it’s just the package we’ve been given by default, but it doesn’t mean we can’t evolve: a small tweak in our perception can transform our experience. The process is not sexy and it’s hard work, so if you’re looking for a find-your-bliss kind of article make sure you click away.

At a party given by a billionaire on Shelter Island, Kurt Vonnegut told his friend, Joseph Heller, that their host, a hedge fund manager, had made more money in a single day than Heller had earned from his wildly popular novel Catch-22 over its whole history.

Heller said, “Yes, but I have something he will never have: Enough.”

Enough is the word no marketer wants you to hear, it’s the doomsday of consumerism, and the gateway to serenity.

Enough is also my daily training (besides from yoga and meditation).
I practice it like a therapy. I don’t do it to be part of the minimalistic elite, I’m simply aware that if I don’t make “enough” my mantra: the delusion of more will eat me alive. It’s happened in the past, and I won’t give that bastard a second chance.

The human brain doesn’t seem to be hard-wired for frugality, by default it’s always looking for more, money, sex, power, connections, cup noodles, you name it. There’s only one way to fix that genetic deficiency: imposing enough. And if you want it to work, you’ll have to say it loud, because your mind is fed the praise of more all day:

Just think about it, do you recall seeing a commercial saying: “You’re fine as you are and you need nothing else”?

Or “Just sit in meditation, pay attention to what’s going on in and out of your body and experience the bliss of the natural mind.”?

No, of course not. Who wants to promote something everybody already has in them?
No one’s going to promote contentment. Instead here’s the kind of drivel hammered in your lizard brain all day:

You don’t have enough:
how come you didn’t already order this fondue set? It’s a great way to entertain your imaginary friends, and it’s only three easy payments away!

The social media play the same song on a different tune:

You’re not enough:
check out this dude who sold a start-up for a Billion$ in his 20’s, now he gave everything away to build a juggling school for the victims of mine explosions in Uganda.

Isn’t he awesome? And what about you?

What did you do today? Cancelled your cable down payment because your account balance was negative? That’s it? You meaningless piece of crap!

The message that resonates in every communication channel feeds our own security and it’s subtler than we think: it doesn’t only condition us to want more stuff, it also makes us feel guilty for not being more creative, more generous, and happier. MORE.

Excellence is now supposed to be the norm, be anything less than outstanding and you’re a loser. As a result, you get a civilization dominated by “status anxiety”, obsessed by reaching the top of  the social ladder even if it’s not possible… nor necessary.

The equation is simple: either you set boundaries to your expectations, or they expand ad infinitum, trashing your life in the process. You have to establish your own parameters, what’s enough for you?

When can you honestly say: “if I had that, I wouldn’t care to upgrade it, ever.”?

I wouldn’t be surprised if the answer doesn’t always come easy to you.

It doesn’t come easy to me. Implicitly, saying “enough” is admitting my limited nature. It reminds me that I can only eat one meal at a time, that I can only fulfill one woman (at best). It also means that I’ll die someday, and that whatever I’ve spent years collecting will finish on eBay.

Accepting the terms of “enough” is like signing a contract with your own humanity, paying off your credit card and stepping down from ages of marketing induced greed. Finally, you declare that you’re not a demiurge, the sky’s not the limit: you’re just a bipede and that big-ass Jaguar is not going to change the size of your equipment.

And you don’t need to be “outstanding” anyway, nobody else needs you to, that’s for sure.

Isn’t being a human enough in itself? Isn’t it awesome beyond concept: having the ability to cook a meal, read “It” by Stephen King, or do strictly nothing for an hour without fearing to be eaten by a hairy predator?

BTW, that’s in large part what meditation is about:

I remember doing a two weeks meditation retreats in the woods. After a long stride of inner battle I had some kind of Aha moment.

For some reason, I then noticed an old Apricot flavored Yoghurt cup in the trashcan. I picked it up and looked through it, the sun’s last rays were reflecting on the bottom of the orange plastic, generating dozens of warm undertones.

It was wonderful to see. And I felt slightly ashamed. Because as beautiful as it was, it still came straight from the garbage. It was for free, and I hadn’t done anything special to deserve the show besides from meditating. At the time I was a Buddhist monk, I had officially renounced, but secretly, I was still looking for something else. Something to buy and feel secure.

I was wrong, there is nothing else worth running after.

Ten years later, I came back to this simple idea of happiness: the kind of happiness you find in the trashcan, shaped like a yoghurt cup or like a moment with those you love. That’s really enough, at least to me.