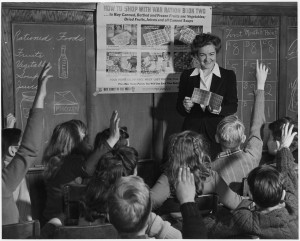 Ever spent more than 6 months abroad?

If so, you’ve probably noticed that wherever you go, people have a particular mindset in common, distinctive quirks, strange habits…And then you go  back home only to realize that your own people are just as weird…only in a different way.

My case study focuses on France and the US, because each of the round trip I took between these two countries made me wonder why they have such a different outlook on life.

How come the French are so depressed? What drives the American to be that anxious?

And what makes all of them so sure they have serious reasons to feel the way they do?

I don’t have any easy answer to this, all the more as I suffered many years from anxiety AND depression, so I’m in no position to lecture anyone on the origin of their national neurosis.

Still, I have a personal theory I’d like to share: stress and depression are not merely caused by personal issues. They’re also symptomatic of a general problem, at the scale of a society.

Take the French like me: I grew up in a culture where having fun is somewhat considered a symptom of mental retardation. In French, you often call an idiot: “imbécile heureux” or “happy moron” (litteral translation). That speaks volumes on how we value happiness.
What kind of person would you have become growing up in a country that equates fun with a low IQ? Chances are you would have made it a point to be unhappy, or at least pretended so in order to blend in.

Americans seem to be a different type, to Europeans, they look tense, paranoid and incredibly goal-oriented, their obsession toward success is easy to make fun of from a French perspective. But once again, it’s only a matter of conditioning.
If you don’t believe that social contexts shape humans minds, then you should definitely try to live in the US for a while.

Chances are America would make you change, for better and worse. If only to survive, you would have to get a job and the all-pervasive competitive spirit would grow on you…along with the angst that we French are so prone to make fun of.

The US population  was not born restless, their society trained them to be that way. I only know New York City, but it’s for sure an unforgiving environment where failure is not an option.

I guess the point I’m trying to make is this: we’re all highly conditioned. Outer circumstances play a huge role in shaping our operating system, in good and bad. That should help us be more forgiving to toxic behaviors adopted by our neighbors, whether they’re from China, Saudi Arabia or Arkansas.

And if it’s freedom and personal change we’re after, it might be useful to first examine what cultural context made us the way we are. And then move on.