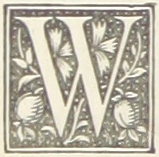 A million years have passed since I wrote my first post on this blog (in 2012).

What started a generic self-help website slowly branched out and I ended up writing about drugs, sleep deprivation, politics, penis enlargement, urban Buddhism, you name it.

I joyfully broke the #1 rule if you want to be a successful blogger: consistency.

instead of choosing a topic and becoming a “niche expert” I wrote about whatever the hell I wanted. As a result, my blog is a mess. But at least, it is MY mess and it reflects who I am, not some kind of  author persona with a bio written in the third person.  So far I stuck to this policy: being true to my natural interest for the weird, the unpopular and the non-consensual.

Each new post brought in more adventurous readers. Many of whom had the courage to share their hopes, fears and passions with me. They all seemed undaunted by my disheveled style and my self-confessed neurosis.

And more importantly: they all seemed to understand my struggles: financial disasters, depression, anxiety.

Step by step, as I shared everything with all of you, I also experienced the benevolence of total strangers who were consistently dropping kind words via comments or email. Those acts of kindness changed my take on humans for the better: I  was receiving as much as I gave. Besides, our electronic exchanges were often much deeper than any live conversation.

So overall I’m extremely happy with my blog, but I’m aware that although successful,  the path I chose is not widely promoted, so I want to share a few tips with you, things that I learned in the process of writing stuff:

If you don’t give bullshit, they won’t give you any either

Call it karma or the law of attraction, but if you decide to be honest and openly admit that you’re a regular human facing difficulties, others will resonate with that.

Just like yawning is contagious, honesty tends to propagate fairly well among humans (some say empathy is hard-wired in our brain) and it’s a great thing when you discover that internet anonymity doesn’t necessarily turn everyone into trolls: it allows strangers to talk about embarrassing questions they wouldn’t share with “real” friends, and still be genuinely heard. I think it’s helpful and healthy as a means to develop mutual support.

Just be who you are, you’ll save time!

As said earlier, I started this blog as a self-help tool, a publicly available resource for motivation and progress. My first articles mimicked the style of personal development behemoths (Steve Pavlina, Tony Robbins). The problem was that you can’t imitate those public figures unless you are them. Since I am neither of these guys, my posts were awfully phony, I’m still embarrassed when I read them now (check out my archives if you ever wondered what “bad literature” truly means).

The best solution for me was to quit emulating success and embrace failure, sharing everything about my shitty situation (broke, depressed and full of anxiety). From this place of radical honesty, I also started talking about the stuff I knew and loved and I got to be found by like-minded people who connected to my blog. They sincerely liked it, not because of what I claim to be but because of who I am, what I do, including my limitations and my dreams.

Being yourself online is not easy, but is by far the easiest way to build an audience that cares for you and your stuff, so I warmly encourage you to put it all out there.

I used to think that I was probably the only dude on this planet interested by polyphasic sleep, Buddhism, psychedelic drugs and the creation of a new social paradigm. I also used to think that it was not OK to be broke, depressed but still ready to take action and help the planet and those who live on it.
The quick answer is NO.
I found soul brothers and sisters across the entire world, they share the same altruistic ambitions and demonstrate similar resilience and desire to build a better world. We are not alone, the only challenge is to stick our head out the window and say “Boo!”.

People actually give a fuck (maybe even a flying one)

It funny to see the same wrong advice repeated over and over again across all blogs: “nobody cares about you, so talk about others”.
The commonly shared assumption is that if you want to create attractive content, you need to stop talking about yourself and focus on solving other people’s problems.

That statement is not only frustrating: it’s plain wrong. My most successful posts are those where I tell stories about my own life (problems, ideally), and then try to explain how I responded to the situation without necessarily offering any miraculous solution.

People give a fuck about you, as long as you allow them to relate to your story. Hey, after all, we all have more or less the same problems, don’t we?

Broke is more common than you think!

Before I knew it, I had echoes coming from people who deal with financial difficulties as well. Since then, I actually decided to talk more about our fucked up system and the solutions we can use to step out of it.

As said a few weeks ago, I’m back to more writing, and more motivated than ever to use gr0wing.com as a platform for all the broke, creative and do-gooders out there. Reach out if you envision others possible uses for this site :)