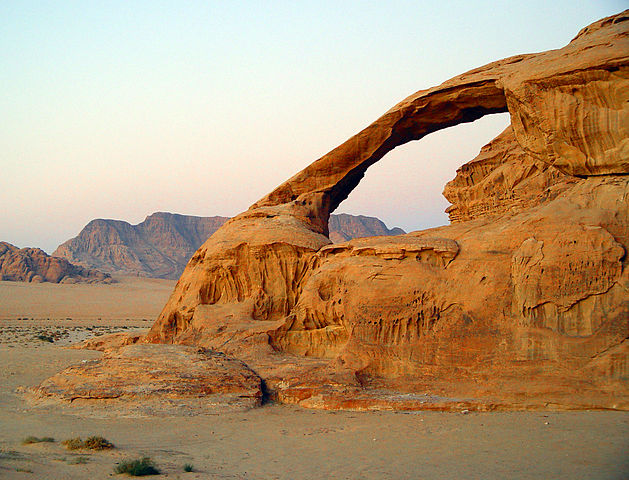 During the civil wars in feudal Japan, an invading army would quickly sweep into a town and take control. In one particular village, everyone fled just before the army arrived – everyone except the Zen master.

Curious about this old fellow, the general went to the temple to see for himself what kind of man this master was. When he wasn’t treated with the deference and submissiveness to which he was accustomed, the general burst into anger.
“You fool,” he shouted as he reached for his sword, “don’t you realize you are standing before a man who could run you through without blinking an eye!”

But despite the threat, the master seemed unmoved. “And do you realize,” the master replied calmly, “that you are standing before a man who can be run through without blinking an eye?”

Famous Zen teachers are remembered for being unshakable, they’d keep their cool even with a sword pointed at their throat, but they weren’t born like that, fearlessness can be learned through the rigorous path of meditation.

The point of this article is not to venerate the noble traits of deceased ascetics, but to put their example to use. If they managed to reach an incredible level of mental stability by working hard: so can we. Fearlessness is not a Japanese Medieval thing, it’s an inner training, and it’s within the range of what we can do. Just because we’re humans too.

When I ask myself what’s courage, my mind immediately responds with a  a 3D picture of Bruce Willis jumping out of an exploding helicopter. I guess Hollywood’s propaganda won the fight to conquer my lizard brain.

And if I look up “courage” in my dictionary I get:

Fair enough, it’s clearly more objective but maybe a more intimate definition is required, one that tells you how it  feels to be courageous.

If I sum up what I’ve experienced and studied: courage is just a completely open relationship with fear. It’s not about not being scared, it’s about knowing how to relate openly and comfortably with what you’re scared of.

“Under the sword lifted high, There is hell making you tremble. But go ahead, And you have the land of bliss.”
― Miyamoto Musashi

Chogyam Trungpa Rinpoche was an extraordinary Tibetan Buddhist master, he received a intensive meditation training from a very young age, but part of his education was also about dealing with fear: for instance, his master advised him to visit  places he was scared of, like graveyards.

He once told a story about traveling with his attendants to a monastery he’d never seen before. As they neared the gates, he saw a large guard dog with huge teeth and red eyes. It was growling ferociously and struggling to get free from the chain that held it. The dog seemed desperate to attack them. As Rinpoche got closer, he could see its bluish tongue and spittle spraying from its mouth. They walked past the dog, keeping their distance, and entered the gate. Suddenly the chain broke and the dog rushed at them. The attendants screamed and froze in terror. Rinpoche turned and ran as fast as he could— straight at the dog. The dog was so surprised that he put his tail between his legs and ran away. (excerpt from “When things fall apart” – Pema Chödron)

If you learn to face situations that scare you and combine it with the art of letting go (meditation), fear will gradually lose ground.

All you need to do is to develop a habit of staying with fear when it shows up, and have the curiosity to explore the signs of its presence in your mind, the thoughts that arise from your anxiety, the feelings in your body, hands and feet, belly… That is a full contact experience, a chance to get intimate with what everyone tries to avoid.

Don’t run away from darkness, it gives you an opportunity to get familiar with fear and relax into it, eventually strengthening your power to act no matter how insecure you feel. It takes some training, of course, but meditation is the ideal place to train that.

Unlike any other activities, sitting in meditation and not moving develops your ability to see what’s going on in your mind and not overreact to your impulses. If you meditate regularly, you’ll build up the double muscle of relaxed awareness. It works when dealing with fear, as well as with any other emotional states.

There’s one thing that meditation won’t do: removing thoughts and uncomfortable feelings. Don’t expect mindfulness to pull anxiety out of your mind, it doesn’t work that way, over time  you’ll just be more at ease with it, and the same goes for all other emotions.

And anyway, it’s not like there’s something real to see and conquer: fear is by essence immaterial and not dangerous, what could be more natural than being cool about it.

I should have put this recommendation chapter first, but it’s far too late to rewrite the whole thing. Please be kind to yourself, particularly when dealing with issues like courage (and cowardice). Most cultures ridicule lack of guts, so if you want to get bolder and you’re not there yet, don’t start by hating yourself.

Dissolving fear takes time, and it’s only by being tolerant with yourself that you’ll be rewarded by progress.

I’m still an apprentice in this area. Everyday bring their challenge: next time I’ll wait for the Doctor’s conclusions on my latest chest MRI, anticipation will tighten its icy grasp on my throat. Same thing as I rip my next bank statement open. I’ll have to remind the above over and over.

Yet, I know that each uneasy moment is a chance to bring awareness a step further, it doesn’t give me something to look forward to, but tools for change.

If you liked the Zen stories opening this post, you can find some more here