“Why cover the earth with leather? A pair of shoes is enough” – Shantideva

Solving a problem can be extremely complex: it implies modifying circumstances, and sometimes people. 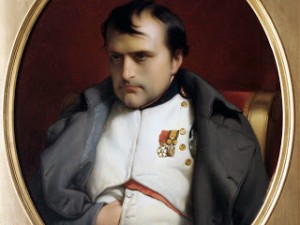 During the 19th century, Napoleon Bonaparte started massive wars in Europe and killed hundreds of thousands of soldiers to become an Emperor. He modified circumstances because to him, NOT being the most powerful guy in the world was an issue.

What was his real problem, though?
I suspect he was concerned with the size of his equipment but I can’t prove it. I’d love to jump back in time and offer Bonaparte free holistic therapy, I’m sure he would have changed his global domination plans after a primal scream session.

Anyway, there’s another way to fix a problem: stopping to believe it’s a problem, which implies that you abandon your desire for revenge or your victim role in order to leverage adversity.

The Afrikaner government jailed Nelson Mandela for more than 25 years. Because of their brutality and stubbornness, white supremacists were considered to be the problem in South Africa, but Nelson Mandela chose to make them part of the new government.

Likewise, in India, when a train is late people take advantage of the delay by doing something else. They don’t want to waste their time complaining.

Shifting mindset means changing your mind instead of trying to change the world. It’s by far the fastest method, but then again you have to be willing to stop being a victim, and few of us really want to do that.