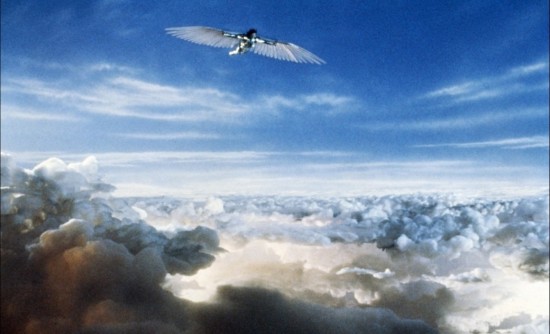 For the second time my neurotic brain came up with the same insecure drivel :

“What if I lose touch with all these people?”

“What if somebody, somewhere, had something vital to tell me, and they could only find me on Facebook?”

“How am I going to let the world know of my awesomeness, now that I don’t have a timeline?”

I could sum up the above with a single embarrassing question:

” what happens when I’m dead?”

That’s really what’s at stake as you click the deletion confirmation.

Facebook had been the online mirror reflecting my hopes, fears and contradictions, a virtual stage where I could rant and brag at will. Whatever I said met at worst with no likes, so who cared? I enjoyed my friends curating some of the worst content the Internet has to offer. In times of unemployment, Facebook even saved me from dying of social inanition.

So I can’t really complain about my experience with the most successful social medium, except it’s such a time-thirsty vampire, it’ll nibble at your schedule minute after minute, spurting notifications all day to make you stare at a “timeline” smeared with shitty quotes and unverified scientific studies you don’t care for anyway.

When I realized that social media was enrolling me in the army of living-dead mesmerized by  their smart-phones, I decided I needed to wake up.

So I deleted my profile, and, to my surprise, the result was far more rewarding than I thought:

No, you don’t lose any friends (they were only a few, anyway)

The first time I left Facebook, I had friended dozens of former school mates,  some colleagues and a few exes. Some of them had seemed genuinely happy to find me after these estranged years. I worried about losing all these contacts if I shut down my account.

Before leaving, I made sure to post my email address on my wall for those who’d like to stay in touch. Nobody ever wrote.

It didn’t crush me, I didn’t douse my clothes in gasoline and set myself on fire to avoid the burden of loneliness.

No, I was pretty cynical at the time already, and it just confirmed my hunch that social media friends were mostly people watching other people, friendship is not part of the equation, there.

So I just resumed to seeing my real buddies, with whom I could watch vietnamese horror flicks and spend hours talking crap. I lived happy ever after.

And you get a lot of free-time, A LOT

Without Facebook, you suddenly have so much time you can learn to speak Mandarin, work out, spend an hour calling random people on the phone or watch “Brazil” for  the 46th time. It’s almost obscene how much time 24 hours actually is without social media.

What was I really doing on Facebook that took so much time? I’m still a bit disturbed when I think of all these long hours scrolling down, hoping for a comforting message or a mind-blowing post that never came.

I’m not more advanced, right now, it’s 1 am and I still haven’t managed to focus on finishing this goddamn post, but I assure you it’d be way worse if my Facebook account was still live.

Social media fragment the attention span, they smash awareness into tiny bits of onanistic excitation. After 30 minutes on Facebook, you get a pretty good idea what being a mentally challenged dog feels like.

Switching off from that type of entertainment slows down your course of thoughts and helps bring your mind where it belongs: here.

If you’re already involved in meditation, try a Facebook diet: it’ll get back on track faster than any motivational ebook.

Creativity will sit right next to you

Mind being a wacked out little monkey, it needs an outlet for its relentless stream of weird ideas. Once you put Facebook out of the way, your subconscious will need someplace to go, you’ll experience a flood of inspiration to write, paint, or dance. That’s the beauty of jumping out of a formatted environment like Facebook: you start having ideas of your own.

So, in the end, what happens when you delete your Facebook account?
Nothing. Less than nothing: your life goes on, immune to the sudden disappearance of your thousand virtual friends.

There is more time to enjoy your own company, or share real beverages with real-life people, and you totally lose interest in what used to happen on Facebook, it’s almost as if had never existed: the quotes, the right-wing, pro-guns moronics rants, food-porn…Lights out.

Maybe that’s actually what happens when you die, nothing really ends, life just carries over on a different mode.

If you feel ready to jump out of the Facebook matrix, you might want to download your entire set of data, then go ahead and put your account out of its misery  (you’ll still have 15 days to recover it if you change your mind).