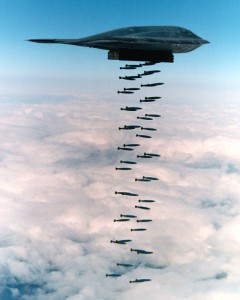 The conflict between Gaza and Israeli forces started about 20 days ago, so far about 1100 people have been killed.

I know, that type of disturbing news seems to fall completely out of the scope of spiritual practice. Hence the opposite reactions among meditators: some avoid politics like it’s dog poop while others jump in social media fights, arguing ad nauseam over pictures of dead children or videos advocating Israel’s right to kill civilians.

I’m not sure if there’s an ideal response to war crimes, but turning your back on them for fear of losing your temper won’t improve the situation, trying to crush those who support violence won’t be of much help either.

Passivity and bigotry are immature mindsets, and I believe the role of spirituality is to help us outgrow our primitive tendencies. Spirituality enables to see that beyond each opinionated argument and biased Facebook post there’s someone who’s afraid, angry or indifferent and that these feelings make decisions for them.

At least, that’s what meditation shows us again and again: we’re emotional beings and we’ll buy into the stories that feed our emotions best. Political figures know it, marketers know it, we should know it too if we want to break free from our own limitations.

So, does spirituality have anything to do with politics? Yes, spirituality makes us aware of how we function, and because of that, it makes us understand that people on the other end of the ideological spectrum are just like us, they have the same mental blueprint (with minor cultural variations). That understanding in itself should empower us to add a meaningful contribution to online debates, or to stay quiet when nothing can be said without damage.

Staying away from politics just because you’re “spiritual” is a mistake. Thinking that you know better is even worse. Mindfully joining a conversation is probably the middle path.