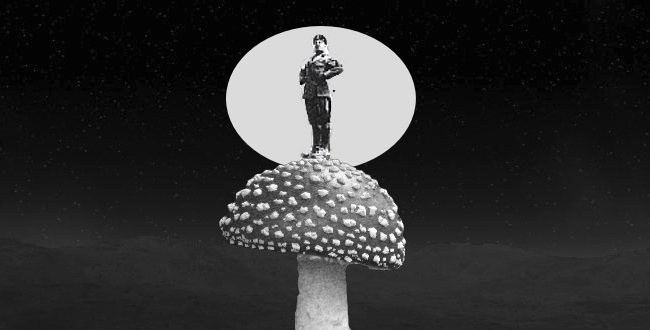 “Perfectionism: refusal to accept any standard short of perfection”

Throwing the towel is tempting, especially when you lose hope and inspiration. I used to do it a lot, not out of a sense of laziness, more when the gap between my goal and my situation scared me.

Looking back, I realize that the reason why I couldn’t reach my objectives was not a lack of ability, but crazy expectations on myself.

Today I quit that habit completely, and I now achieve most of what I do. I’m not saying I succeed right away: I usually get humbled by a serious amount of failures before I get anywhere. But I get things done, and I enjoy the fulfilment that comes with kept promises.

As a result, my self-confidence in that area is solid. To the point that now, when I start a project, I hold for certain that I’ll get it done. I know that maybe I won’t succeed right away, but eventually.
As I just said, I used to be very different: I was a very fragile and wimpish kid. I hardly dared to go out of my bedroom and my mom forced me to join the boy scouts :(

Things went a bit better around age 14, though I was still crippled by self-doubts most of the time.

When I eventually managed to be more confident in my abilities, I faced the main obstacle on the path of getting things done: perfectionism.

That one is the BOSS among all the perverse neurosis that plague our drive to succeed.

I urge you not to trust perfectionism, for it will lead you nowhere, and it will disembowel your self-esteem before you realize it.

Perfectionism is the belief that things have to be perfect, it sets perfection as the sole standard. In the same time perfectionism does not give you a clue what “perfect” is supposed to mean. That idea of perfection is an awfully vague concept that wears the uniform of self-righteousness and nobility. It holds the promise of a reward if you achieve it, but it’s unachievable: perfection just can’t be reached.

Perfectionism also gives birth to a particular form of rigidity: it can’t really adapt to anything.

My point is not to investigate the origins and consequences of that neurosis, though. On the contrary, I’d like to share how to joyfully bypass it.
It’s really easy, I’d sum it up as follows:

No matter how ugly 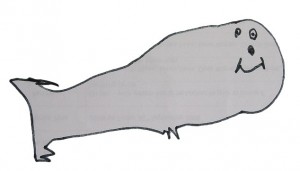 Daddy says this looks like a whale but it is actually a hamster.
(Courtesy of children’s Book Review)

That’s rule number one: no matter how bad-looking your attempt is, DO IT.

The concern to do something perfectly should be wiped away without a second thought and replaced by the expectation of getting SOMETHING done, no matter how imperfect.

For instance, you’d like to learn how to draw?
Then draw something! No matter how inexperienced you are. Maybe your first self-portrait will look like a cucumber with mole’s eyes, so what?
At least it’s a start, something you can step on to grow further. Something you should reward yourself for.

You’ll probably make fun of your “masterpieces” in 3 years, especially as you’ll have progressed so much it’ll be ridiculous. 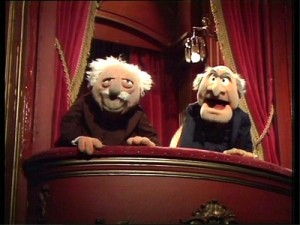 when we’re trying to succeed in something, we get self-conscious . This sense of insecurity often gives rise to the creepy feeling that other people are judging us.

Seriously, it’s time to throw away the idea that you’re being silently evaluated. Let’s be straightforward: people don’t care so much about what you do, their main focus is on themselves. Whether you achieve your projects or not will have zero impact on their life.

99.7% of people around you don’t pay attention to your mistakes, the remaining 0.3% fall into two categories:

– Friends: who will support you whatever you do, nothing to be afraid about, you can screw up all you want.

– Jealous people: who try to rejoice in your failures in order to soothe their own insecurities. They might even criticize what you’re doing, which is the trademark of jealousy and a mediocre mindset.
Just let them cope with their anxiety! You hold no responsibility for it. You don’t owe them perfection, there’s no pleasing them, anyway: if you screw up they’ll make lousy comments, and if you succeed they’ll be even more pissed.

You’re basically on your own, so who’s the only person judging you?

Is that self-judgement getting you anywhere?

It just has no benefit other than a paralyzing effect, eventually you might even be tempted to drop the ball.

Aaaaaaaah! I like this moment when you hit “the dip”. When you just call it quits and leave your dream to build up dust somewhere.

At this stage, you’re ready to give up your soul to the demon of perfectionism: you decided that since you couldn’t do it perfectly, you’d better quit.

That’s how intoxicated you are when you’re mislead by the obsession of perfection.

Perfectionism makes you feel so bad about your “imperfect” results that you leave it out. And once you quit, you’re afraid to come back on stage because you’re ashamed of quitting the battle field.

It’s not always easy to jump out of this self-fulfilling prophecy, when it happens to me, I don’t outcast myself as a “loser”, in the contrary I remember all the great examples of famous people who quit, and came back.
You might want to do that and ask your role-models, didn’t they quit, at some stage?

You’ll see, most of them did.

Whether it’s for a marriage, a job or even cancer treatment, they quit, until they decided that they couldn’t leave things unfinished, so they made a come-back.

I hope you don’t succumb to the shame of quitting, I hope reading this article helps you come back to whatever dream you had.
It’s a warm and empowering sensation, it makes you feel unstoppable, but there’s a particular sense of love and acceptance that gives you extra-fuel, and what you thought would be a humiliating ending changes into a victory. 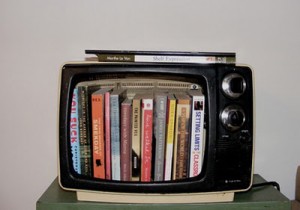 Perfection is the opposite of recycling, and recycling is the antidote to perfectionism.

Perfection is a mental focus that wants things clean and new. It’s a delusion of course, but quite a few people fall for that delusion just because it looks good.

I can’t think of a better example than apple products. Who isn’t fascinated by the way iPhones are displayed? The white softness of their boxes? Everything has been well thought of, down to the transparent sleeves that keep cords nicely in place.

But the magic fades away as you start using the device and you realize you’ve just spent $500 dollars for a piece of proprietary nonsense that won’t even let you store a picture where you want to.

I’d like to oppose the notion of recycling to that of perfection. I owe the “recycling” approach to my friend Philippe Jedar, and I’d like to humbly prostrate before his wisdom in the art of getting stuff done :)

Recycling means you’re not afraid to patch up something and focus on one single question:

“Is it good enough to work?”

What I mean by than is that even if our goal is perfection, we have to accept “intermediate results”.
Things unfinished, not polished, barely functional.

For example: I haven’t found a way to store my blog ideas nicely in a digital file. Ultimately I hope I find a way to take notes and retrieve them from any computer, but it never worked that way so far.

Therefore I content myself with a lousy collection of bits of paper napkins and emails that I send to myself as reminders.
It’s not good looking, but it does the job. And that’s what really matters since in the end I just need my blog ideas to be there when I write a post.

In general, there’s a huge relief in letting go of perfection, although it’s often a long process. As you peel off the layers of this mental obstacle you’ll find increasing satisfaction and fulfilment. In the end, you’ll gain more appreciation in the process of achieving things, and the obsession of making things perfect will change into seeing perfection in everything.