I used to be part of a fast growing Buddhist community that was so very proud of itself.

If you asked its leaders, they wouldn’t even hide the opinion they had on their sect: it was simply the best, the pure dope, spirituality in its most concentrated form. 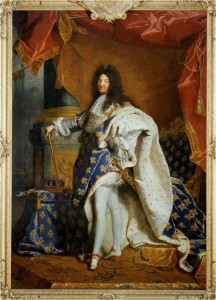 And then something went wrong, a scandal exploded: one of the main teachers (supposedly a monk, with celibacy vows) had had sex with several women and morally abused the people around him. He had been doing that for years.

The monastery collapsed, everybody left angry. To this day the organization hasn’t really recovered.

This story has been repeating itself for centuries in every country were religion exist in a structured form, it’s nothing special.

Collective pride and the scandals that follow with them are not specific to Buddhism, they happen within Islam, Christianity, Judaism. When people try to belong to a religious elite, when they define their own identity in opposition to others’, a shitstorm usually awaits by their door.

How does it apply to us, who’ve merely started to be interested in meditation and the vast set of tools left by the Buddha?

Probably just one thing: Being a Buddhist is not an identity, it’s an inner practice. No one needs to know about the job you’re doing with your mind, and the time spent thinking you’re awesome is wasted from the perspective of spirituality.

Quite some time ago, I decided to dedicate my time to meditation and study, I quit  focusing on one particular school. I might be totally wrong, but it secured the longevity of my practice (nearly 20 years now) it saved me from falling in love with spiritual leaders  and  then suddenly quitting when I discover they’re not perfect.

It might not be true for you, but here’s the general conclusion I drew for myself:

What else is new?

Nothing, except if I really practice.

That’s what’ll make a difference, and if I do that well, chances are I won’t need to feel special any longer.

You don’t need to agree, in fact, I’d love to know what you think, so feel free to react by leaving a comment below, I’ll reply.