I spent much less time writing last year, and many of you kindly reminded me that it was not acceptable. I get it. And I have no excuse to shield my pride. I wrote little and this is lame, I agree.

BUT! With all the time left, I enjoyed the opportunity to work more on other things, mostly software development, and with that newly acquired skill I’m also coming back with a whole bunch of exciting topics to write about. I’ll summarize it briefly here, but this is likely to be the first post of a long list.

The breed that connected with this blog

I started gr0wing.com 3 years ago with no clarity about who my audience was going to be.

All I knew was that I wanted to share whatever my 10 years of monastic life and personal experiments had taught me. Plus I was desperate to find kindred spirits in order to get the world out of its self-destruct mode.

After many dozens of posts and countless exchanges with readers from all walks of life I noticed a recurring demographic: the guys that wrote to me the most were Web Developers practicing meditation. You can’t go more niche than that, really…

But it’s true, you guys are the crowd that seems to resonate with this blog. And thanks to communicating with more of y’all whose job is to build software, I slowly realized that I had a lot more in common with coders that I initially thought.

So there you are my audience: guys (mostly men) who excel at designing apps but are also actively looking for ways to cool down their overheated brains.

And there I am now, freshly hatched Web Developer full of an enthusiasm normally forbidden to guys my age (43 now).

As a natural consequence of all that I went from being a miserable Sales person to a happy-go-lucky Web Development noob and I think I’ll spend more time sharing about how coding can…Well, Change the world. OK, I know how pitches starting with “making the world a better place” sound like, most of us have watched Silicon Valley.

But I’ll say it again: Chan-ging the World! 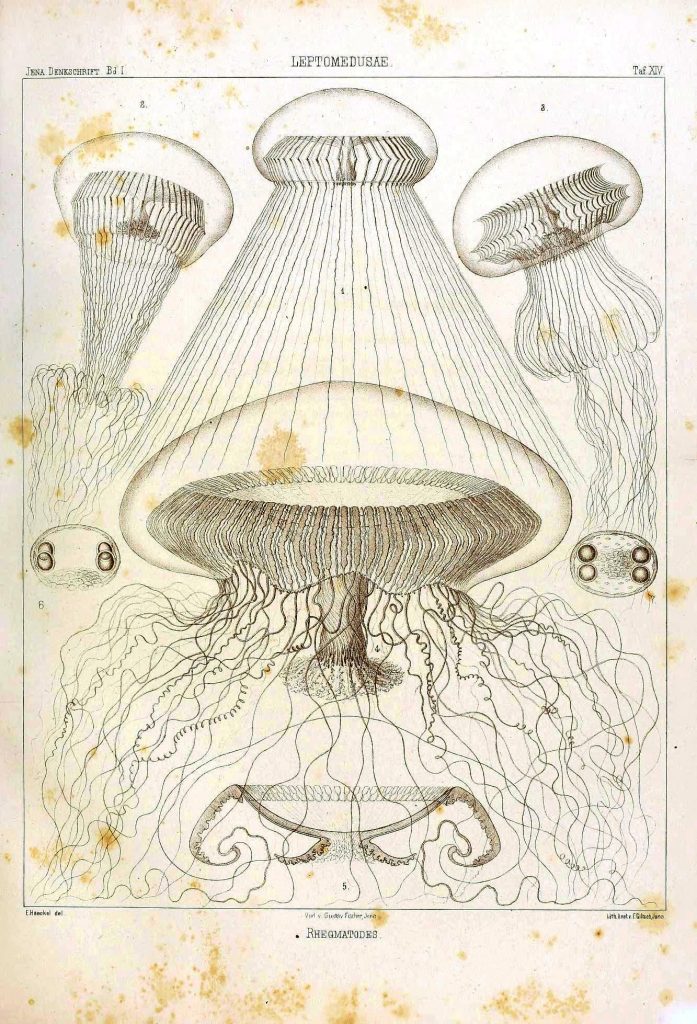 Monographie der Medusen (1879). Ernst Haeckel. Scan of 2 d images in the public domain believed to be free to use without restriction in the US.

Changing the World, for real this time.

That’s why this year without writing did to me: convincing me that it’s actually possible to change societies by designing the software everyone uses.
Apps change the way people communicate, transact, think. They will also tilt the balance of power, for better and for worse.

I believe that if you can write software while keeping a sense of ethics, you got a pretty good shot at impacting how humans will live 10 years from now.

Let me be more specific: there is a new technology that is more likely to change the deal completely, it’s called the blockchain, it is likely to eliminate the need for banks (yes) and allow for a larger number of people to get a share out of the insane productivity gains normally stashed by the 1%.

Chances are this technology is going to disable censorship and prevent money from being used as a domination tool.

Some journalists call that new wave another Internet, but I think it’s far more serious than that. Internet was just a warm up. If you are interested in the blockchain and Decentralized Apps, I’ll share more in my next post.